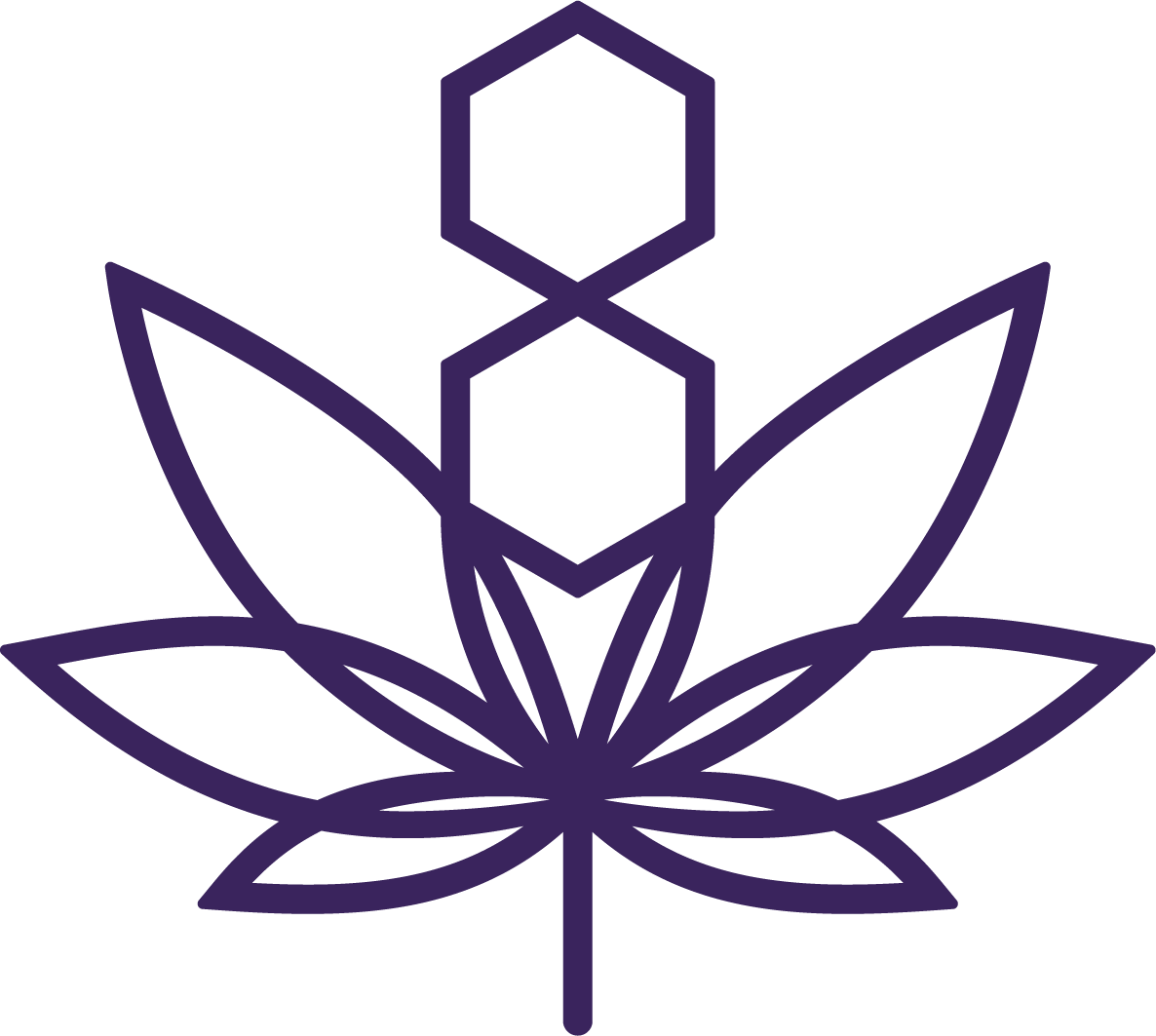 An overview of some of the ways various temperature and pressure combinations can tune the polarity of CO2, and how analytics can be utilized to monitor chemovar profiles.

This series of guest columns from Amber Wise and various coauthors has covered a general overview of the most common extraction solvent systems and the importance of companies respecting the whole plant molecular profile in their formulations. In this final installment, we review more nuanced methods for retaining native chemical profiles for terpenes and cannabinoids for full entourage effect formulations. This column gives an overview of some of the ways various temperature and pressure combinations can tune the polarity of CO2, and how analytics can be utilized to monitor chemovar profiles. It will finish by reviewing some ways companies are utilizing multiphase extraction (MPE) to their advantage in formulations.

This column series over the past year has covered a general overview of the most common extraction solvent systems (1) and the importance of companies respecting the whole plant molecular profile in their formulations (2). In this final installment, we review more nuanced methods for retaining native chemical profiles also known as chemovars for inhalation extracts via multiphase CO2 extraction (MPE) and how the methods apply in the most mature cannabis marketplace in the world.

Carbon dioxide as a solvent for natural products is not new and has been used extensively (3) to extract a wide variety of plant-derived compounds (4) such as terpenes, fats, and lipids (5). The cannabis industry has capitalized on the tuneable properties of CO2 and its ability to be a very flexible solvent for a wide variety of molecules.

In 2012, Washington state was the first state in the nation alongside Colorado to legalize recreational cannabis. It is considered by many to be the most mature, legal cannabis marketplace in the world. It is highly competitive with more than 20,000 individual stock keeping units (SKU’s) or products for sale, of which the majority are comprised of some sort of extract. Washington state is often looked at as a case study for extraction technology because of the concentration of talent and extraction equipment manufacturers in the region. This gives the Pacific Northwest a unique position to be on the cutting edge of CO2 extraction. In fact, the MPE method discussed in this column was developed there.

Multiphase CO2 extraction is an award-winning method that is designed to preserve the full spectrum of cannabinoids and terpenoids, while minimizing chemovar drift. Chemovar drift is any deviation in a final extract from the native, input material’s (cannabis flower) chemical profile. Baseline chromatograms are created by analyzing the input material for cannabinoids and terpenoids. Chemovar characterization analytics are performed by a third party laboratory (such as Confidence Analytics Labs) in Washington state using a Shimadzu high performance liquid chromatography (HPLC) system for cannabinoid characterization and an Agilent gas chromatography–mass spectrometry (GC–MS) system for terpenes. By applying the same methods to the finished extract and assessing the deviation between the samples, the concept of chemovar drift is better understood.  See Figure 1 for a comparison of the input flower material, the raw extract, and the purified terpene profile overlaid to show the similarities between ratios and molecular profiles.

The cannabis matrix is complex with hundreds of active compounds with various molecular properties and polarities. There are a wide array of standard chemical solvents that are useful in capturing most of them. However, when choosing an extraction solvent for inhalation products, human consumption and safety needs to be considered and the list of solvents that are easily removed in the finished product for safe human consumption is shortened dramatically. As the increase in lung illnesses in consumers of e-cigarettes and illegal cannabis vape cartridges grows, it’s important to understand that cutting agents, diluents, and other noncannabis components are unnecessary for formulations. The MPE method discussed here is designed for the commercial production of full-spectrum, inhalation extracts.  It takes into account all the key factors of regulatory, safety, sensory, efficacy, and scalability that are required for viability in the increasingly-competitive cannabis industry.

The term multiphase extraction refers to the use of both sub-critical phases and super-critical phases of CO2 as well as the addition of ethanol both as a reagent and cosolvent phase. Ethanol can be used post-extraction as part of the cleanup steps to remove unwanted fats and lipids and it can also be used as a cosolvent together with CO2 during the extraction step itself.

The ability to fractionate enables the CO2 technology to extract and preserve the native chemovar by removing the terpene fractions and cannabinoid fractions separately. The difference in molecular structures and thus affinity of these compounds allow for efficient fractional separation from the matrix. The different phases (sub- versus super-critical) of CO2 have different polarities and densities and this is what allows the “tuneability.” By adjusting temperature, pressure, and flow rate, the extraction of terpenoid, cannabinoid, and flavonoid constituents are optimized. Figure 2 shows the phase diagram for CO2 and some general regions indicated with dotted areas that some classes of plant components are most soluble. In many machines, the settings can be controlled very tightly to optimize for the specific compounds of interest.

Terpenes are extracted first using subcritical parameters (<1000 PSI, ~70 bar) and colder temperatures (<15 °C) to preserve the integrity of the volatile terpene fractions best.  These compounds can be extracted in under 1 h. This fraction can be left in an open container at ambient temperature or pressures to allow residual CO2 to purge with minimal degradation to the fraction. It can then be filtered and refined further to increase its purity.

Cannabinoids are extracted next using supercritical parameters (>1500 PSI) and moderate heat (below 35–45 °C).  These fractions are left to purge in a similar way to the prior fractions. A key feature with MPE is its ability to fractionate acids and neutral cannabinoids separately. This is helpful for formulating different products. For example, acid cannabinoids like tetrahydrocannabinolic acid (THCA) are better suited for “dab” products because they’ll crystallize once past their supersaturation point and have a textural characteristic that makes them easier to handle. Decarboxylated cannabinoids such as tetrahydrocannabinol (THC) don’t crystallize, but their final state at room temperature is an oleoresin, which is often better suited for vape cartridges.

Once the various fractions are extracted, they are refined and formulated into final products. Figure 3 shows various products extracted from the same machine at various temperature and pressure settings.

Some laboratories may choose to minimize post-processing and formulate CO2 crude into a “raw extract or CO2 flower oil” and go directly into a vape pen or cartridge. While this may be a viable method for some, yields and potency tend to be lower and product stability, taste, and efficacy can be compromised by lipid oxidation and pyrolysis reactions of nontargeted components in the mixture. Refining (often referred to as winterization) by precipitation can remove potentially harmful or off-tasting components like plant waxes and lipids from the extract and is generally good practice when done correctly.

Haku’s extraction laboratory chooses to winterize the fractions which increases purity and stability. It also shows minimal impact on the native chemovars as demonstrated by the chromatograms when using the MPE method. In our experience, winterized CO2 extracts tend to be smoother when consumed because of the lower wax and lipid content. By using the MPE method for primary extraction, winterizing, and reintroducing the native terpenoids, “winterized, refined” CO2 can be tastier and more efficacious than unrefined, unwinterized CO2 extract-often called CO2 “raw, crude, extra virgin, or jelly.”

After tuning the extraction parameters to isolate THC-rich and THCA-rich cannabinoid fractions, the cannabinoid fractions can be refined and blended with the terpene fractions.  Depending on final formulation, terpenes can vary between 5–20% total terpene content.  Extract viscosity is quantified and adjusted according to the needs of the final form factor (dab concentrate or vapor oil).  Sub-critical and gas-phase CO2 can also be used to isolate monoterpenes that can be used for other formulations such as beverages where the terpene-rich CO2 can also be used to carbonate and flavor soft drinks.

In native chemovar type extracts the old saying “garbage in, garbage out” comes to mind. Better said: high quality extracts are made from high quality material. We’ve found that diversity in the terpene profile makes for a richer sensory experience. Terpene profiles that might have higher quantities of singular terpenes in place of diversity tend to lack depth and overall flavor and the effects can be limited. Unfortunately there is a trend towards total terpene amount to be the sole marker of quality just like it is with total THC amount. Assessing an extract solely on total terpenoids overlooks the importance of the entourage effect. In general, fuller and more complex chemovars, especially with minimal chemovar drift matter more than total terpene amount.

The MPE CO2 extraction method is applicable across most CO2 equipment platforms. All of our primary extractions are performed on an Eden Labs 20 L Hi-flow system. It is designed for commercial, high-throughput operation, and excellent for fractionation. MPE using CO2 is superior in its ability to extract and preserve native chemovars as proven in competition and characterization. Additionally, it’s well suited for cannabis inhalation extract manufacturing because of it’s safety, sustainability, and scalability.

As more and more scientific data is gathered on the entourage effect and the medical applications of specific ratios of active ingredients are understood better, being able to preserve the same chemical profile as the original plant material will be important. It’s also useful for brand differentiation and utilizing the vast array of chemical profiles available as breeders expand their offerings. Ultimately, MPE builds on the value created by breeders and cultivators by preserving the intent in their work. The viability of the method and technology is being proven in one of the world’s most competitive and mature cannabis marketplaces. MPE CO2 is something that new markets can benefit from and older markets can pivot towards to create value.

About the Guest Columnists

Randy Reed is the CSO at Fractal Labs in Washington state. He is an award-winning cannabis scientist, winning “Best drink” in 2017 and 2018 WA Dope Cup, “Best THC cartridge” in 2018 WA Sun Cup among 12 other first-place finishes across multiple categories. Randy is known for his novel and patent-pending work in CO2 extraction and cannabis beverages via his IG account @Marlin_Rando, where he’s posted the world’s first CO2 Live Resin extracts as well as the world’s first Cannabis Terpene beverages. He holds a BA in Interdisciplinary Arts and Sciences from the University of Washington and is an active member in Canna STEM, NCIB, and WSIA.