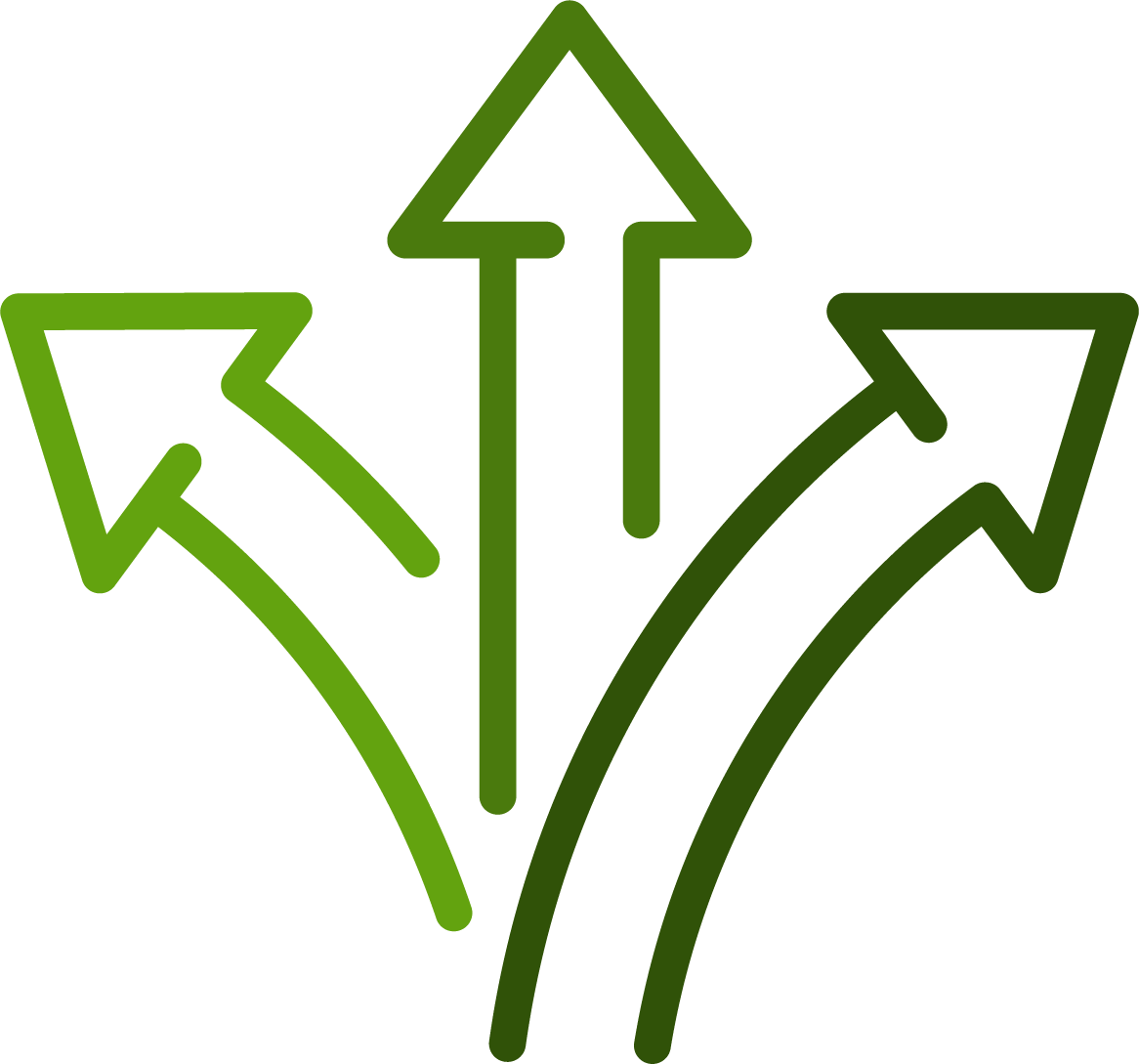 “Amazon” John Easterling and Olivia Newton-John offer a preview of their plenary address from the 2019 Cannabis Science Conference West.

I recently sat down with “Amazon” John Easterling and Olivia Newton-John and learned how the universe intervened and brought together two souls on seemingly separate paths into one beautiful union. In 2008, Easterling and Newton-John married, and together they are spreading the word about the importance of preserving the rainforest and the health values found in the botanicals of the Amazon. They currently serve on the board of the Amazon Center for Environmental Education and Research (ACEER) organization to help the indigenous people of the Amazon gain ownership and title to their land.

Amazon John, can you please share your amazing story of the transformation from a treasure hunter into a plant medicine researcher?

Amazon John Easterling: My boyhood dream since the third grade had been to explore in Peru and find lost cities of gold and Inca treasure. It was a dream deferred for many years until I was done with school at the university of North Carolina in 1976, at which time I sold my car and bought a ticket to Ecuador. After roaming through Ecuador and Peru for a few weeks and not finding any lost cities, I returned with some highland Peruvian sweaters and handicrafts. I was fortunate to sell those and have enough money for a return trip, and so began a career of entrepreneurial endeavors in South America. The next couple of decades saw an evolution of treasure from handicrafts to pre-Columbian textiles from Chimu and Moche civilizations and continued to expand to leather goods in Brazil and Argentina then gemstones and mineral specimens.

Ultimately, I responded to the siren call of the rainforest and was drawn into the jungles of Peru and up the tributaries of the Amazon and began trading with indigenous groups in blowguns and tribal artifacts. I must insert here that in 1972 I had a near death experience with hepatitis and Rocky Mountain spotted fever. Coming out of that my health was compromised and I felt like I recovered 70% but just couldn’t get 100% back. The doctors told me I was lucky to be alive and so not knowing any better then, I just accepted it as the way it was to be.

Occasionally, I would get a bit of fever and run out of energy and just have to rest for a couple of days before I could continue. It was happening to me again in the rainforest and that’s when some Indians shared some local botanicals with me that changed my life forever. Just looking at me they went into the forest and came back with Una de Gato vine bark, Chanca Piedra leaf and stem, and some sap from the Sangre de Drago tree. They boiled the vine, simmered the Chanca Piedra into it, and added a few drops of the sap into a healing drink for me. I had no expectations of anything happening, but after three days on this I noticed a significant feeling of being really grounded with a new energy flow coming through and a return of mental acuity.

After another couple of days, I was feeling as good as I was before my hepatitis and spotted fever. A week more into it and it took me to a new level of life experience better than at any time of my life.

This was quite shocking to me as I realized that for years I had been chopping this stuff down looking for treasure, when the “real” treasure of the rainforest is the extraordinary inventory of healing chemistry, nutrition, and energetics that reside in more than a thousand species of Amazonian botanicals. This awakening led me to a closer relationship with the curanderos (medicine men) in the rainforest and a new passion for plants as medicinal treasure.

I started Amazon Herb Co. and for the next 22 years I researched, formulated, and commercialized rainforest medicinal botanicals. Now it is fascinating to see new research on the three-original botanicals that were given to me: Una de Gato as a stimulating macrophage and phagocytosis activity (kick starting the immune system), Chanca Piedra as a reverse transcriptase inhibitor (interfering with a virus’s ability to replicate), and Sangre de Drago sap as having 90% proanthocyanin content by dry weight (a powerful anti-oxidant). That turns out to be the perfect prescription for someone with hepatitis. How did they know? So that’s how the transition happened and it’s the extraordinary healing results I’ve witnessed over the last 20 years that keeps me driven and inspired.

Since I merged Amazon Herb Co. seven years ago, cannabis has been my focus as a medicinal plant. As my plant medicine teachers were rainforest curanderos, I approach cannabis in the same way as I do other medicinal plants-with respect and gratitude. Curanderos would sing to the wild plants in the jungle songs of gratitude before harvesting. With cannabis we have the opportunity to develop a relationship with the plant from seed through the entire grow cycle. There are techniques and methodologies we can use to create a harmonic field and relationship with the plant that influences the therapeutic expression and healing value of cannabis (see video at www.happytreemicrobes.com).

I have a deep passion and appreciation for this plant whose time has come.

Olivia, you are the daughter of professor Brin Newton-John and Irene (who was the daughter of nobel prize winning physicist, Max Born), and you helped develop the Olivia Newton-John (ONJ) Cancer Wellness & Research Center. Now you are sharing the plenary at the Cannabis Science Conference West. Is science in your blood and what does it mean to you to continue your family’s passion for science onstage in Portland?

Olivia Newton-John: Well, I failed science and never finished high school! Of course, genetically it must be in my blood.

I believe there is a link between math and music. As I’m now on this cancer journey, I’ve become very intrigued by science and all the possibilities. I hold the belief that we will see an end to cancer in my lifetime. With focused science and research, it may be sooner than we think!

Can you please share with our readers what role cannabis has played in your lives, and why it is so important that cannabis science continues to grow?

Easterling: In recent years, cannabis has been an important part of our life. My interest was spawned by my passion for plant medicine and specifically for the potential of adding it to the therapeutic arsenal for Olivia. I reviewed as much of the literature as I could find on cannabis and cancer. I then developed a research grow at our ranch in California with 26 cultivars and have bred 11 new genetics. I spin off the trichomes and do alcohol extractions combining various cultivars. I use a Shimadzu Cannabis Analyzer for potency to screen and quantify 11 cannabinoids. We have refined the formulas for Olivia over time.

Newton-John: Cannabis has been a huge help to me with sleep stress and of course pain. I was able to wean myself completely off high doses of morphine using cannabis, which is something I think everyone should know is possible. If you had told me a few years ago that I would be talking openly about my experiences with cannabis I never would’ve believed you, but I feel so strongly about it that I wanted to let it be known and I think it should be encouraged for everyone who is in pain to reduce or eliminate opiates. My mobility has increased significantly and I mange my pain with just a few drops of my husband’s cannabis tinctures.

Easterling: The momentum of cannabis involvement seems to be accelerating. In addition to the research grow and formulation activities, we are now part owners of a commercial licensed farm in Oregon. I serve on the board of a cannabis company in Australia.

I’ve created a new microbial soil amendment, Bio Harmonic Tonic, specifically to increase the therapeutic value of cannabis. This is a new and exciting endeavor.

I’ve been blessed with having the opportunity to visit with David “Dedi” Meiri at the Technion Institute in Haifa, Israel and with Raphael Mecholaum in Jerusalem. I’ve engaged in cannabis conferences around the world with some of the greatest cannabis researchers like Ethan Russo. I’m assisting in cultivar selection for a cannabis and cancer trial that will begin at the ONJ Cancer and Wellness Research Center in Australia. I’m happy to see the worldwide interest in cannabis science and research growing so dramatically. We’ve learned so much and there is so much more to understand about how cannabis interfaces with our physiology and initiates healing responses.

Newton-John: I feel so fortunate to have a husband who is so knowledgeable and talented and providing plant medicine for my ongoing health. The only pharmaceutical I do now is to block estrogen. Cannabis and other Amazon herb formulas have made a huge difference in my life and my health. All my markers are moving in the right direction, my energy and vitality continue to improve, it’s quite amazing. The proof is in the pudding and I am the pudding!

Is there anything else that you would like to add? Any final thoughts?

Easterling and Newton-John: As research continues to expand in all areas of botanical sciences some very interesting findings are coming to light. For example, in the soil of the plant, microbials colonize around the roots (rhizosphere). These diverse bacteria determine how nutrients are mobilized and cycled into the plant. We now know that once the population of these bacteria reach a “quorum” they begin to communicate with each other using chemical signaling. This seemingly intelligent and sophisticated communication encourages the building of bio films and encourages sharing of nutrients and resources in the soil. There is some evidence that shows that these bacteria not only communicate with each other in the soil, but they may also be communicating with bacteria in the plant as well. Further to this is some new thinking on trans-species signaling, whereby these bacteria are signaling to bacteria in other species, possibly to the bacteria in the microbiome of the cultivator.

These in turn lead to the potential of engaging in this communication triad with intentionality to influence growth and expression of chemistry (cannabinoids and terpenes) in the plant.

And, lastly, an interesting question considering that there have been thousands of new cannabis gardens started in recent years: What if cannabis itself, when the population reaches a certain density, also has a quorum signaling trigger that initiates chemical signaling communication between the thousands of cannabis gardens everywhere? Maybe we’ve reached that “trigger” and that would account for the tsunami of change we’re seeing in the cannabis world as humans carry out the directive of the cannabis initiators. Anyway, just something to consider on a quiet afternoon.

We are absolutely thrilled to have Amazon John Easterling and Olivia Newton-John give this year’s plenary address at the Cannabis Science Conference West. I would like to thank them for all the incredible work that they continue to do to bring awareness to critical issues such as rainforest preservation as well as their continued research regarding biotherapeutic medicines and the ONJ Cancer Wellness & Research Center.

Joshua Crossney is the columnist and editor of “Cannabis Crossroads” and a contributing editor to Cannabis Science and Technology magazine. Crossney is also the president and CEO of CSC Events. Direct correspondence to: josh@jcanna.com