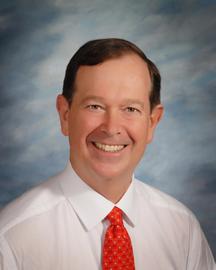 David Hodes has written for many cannabis publications, and organized or moderated sessions at national and international cannabis trade shows. He was voted the 2018 Journalist of the Year by Americans for Safe Access, the world’s largest medical cannabis advocacy organization.

Top researchers discuss what they are working on, and how big data is helping collect information for better science about a complicated plant.

The bill also named as a goal the establishment of a program to authorize the use of medical marijuana to conduct medical research to treat serious medical conditions, including the collection of data and the provision of research grants.

The bill directed the General Assembly to create a mechanism where Pennsylvania’s medical schools and hospitals provide advice to grower/processors and dispensaries about patient health and safety; medical applications and dispensing and management of controlled substances, among other areas; and create a mechanism whereby the state may encourage research associated with medical marijuana.

It was within the context of this fertile ground for medical marijuana in a state that made research a priority that some of the top researchers in Israel met with top researchers from Pennsylvania for the Innovation in the Cannabis Industry one-day meeting, held May 22 at the Levitt Auditorium in downtown Philadelphia (2).

Pennsylvania State Senator Daylin Leach (D-17), the co-sponsor of the medical marijuana bill that went into law in April, 2016, said that the state is way ahead of where they thought they would be in terms of patients, certifying doctors, and caregivers. “There are still some glitches,” he says, citing people being drug-tested at work and suffering other consequences even if they are legitimately carrying a medical card.

“You can’t have a cannabis dispensary within 500 feet of a church because I guess people can’t pray knowing that there is cannabis dispensary two blocks away,” Leach says. “Meanwhile you can have a CVS in a church and they sell opioids and that is fine. Despite the law, we still have an irrational societal stigmatization of cannabis and that is one of the things we have to work hard both on the medical side and adult use side to stop.”(Leach is currently working on the adult-use bill for Pennsylvania – Senate Bill 528[3]).

Hayim Raclaw, the director of special projects for Israel-Cannabis (iCAN), says that he thinks we have passed the initial point where people are simply “beguiled by the notion of legalization and moved passed that to the stigma being dramatically reduced.”

“You are attracting sophisticated investors, premiere research institutions, people with startup mentality from the tech space developing technologies from medical technologies to software to innovative ag tech. So I think we are at the beginning of a wave of pretty remarkable technologies. And that is going to allow a lot of people to do very well by doing good.”

Dr. Mitchell Glass, chief medical officer at Tikun Olam, a medical marijuana company, discussed the research he is doing using a huge patient database of 20,000. “One of the key elements we are looking at right now is the difference among patients in responding to marijuana versus responding to any combination of synthetics,” he said during a panel discussion. “And there is definitely intriguing information that we are doing a deep dive on that suggests whatever the 'secret sauce' is in marijuana is differentiating itself from THC and CBD and combinations thereof.  I am really intrigued by the idea of studying terpenes specifically.”

John Cohn, CEO, Agronomed Pharmaceuticals/Agri-Kind, says he is using data primarily as a way to guide a researcher to biomarkers as opposed to believing the data itself because there are so many variables. “Even a full understanding of the cannabinoid system has not really developed much since early 90s. So I think that, at this point, being able to understand there are some 480 total compounds in cannabis and 133 cannabinoids that are known today, and 125 different terpenes, that is what we are interested in. And they are easy to study in a dish. But the entourage effect is much harder to study. The FDA is all about molecules. So it’s almost like we have to do these studies in advance. Unless you have all the variables of a patient, what those biomarkers are such as what is their blood type, their immune system rates and levels, their blood counts and what other drugs they are taking, including nutraceuticals, it’s very hard to draw an accurate correlation from observational data. We need more broad data than we have today.”

Dr. Wei Du, chair of the Department of Psychiatry at Drexel University College of Medicine, said that the industry needs robust cannabis trials, with placebo controls and other standards. “With technology, I want to know whether we can do some large databased mining and look at machine learning technology to try to extract some important data from our patients,” he told a panel. “I was wondering if this field could proactively do something, work with the FDA and use existing data and try to see if there is a path forward that can probably help us understand if medical cannabis can be a medicine, so that we have a plan to deal with the risk as doctors. What we struggle with as doctors is what if the medicine doesn’t work. The common approach is to increase the dose. But with medical cannabis, how far can we go?”