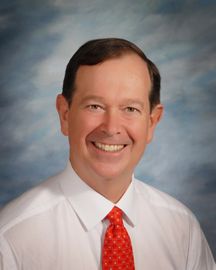 David Hodes has written for many cannabis publications, and organized or moderated sessions at national and international cannabis trade shows. He was voted the 2018 Journalist of the Year by Americans for Safe Access, the world’s largest medical cannabis advocacy organization.

Big Pharma is working on locking up cannabis patents, creating partnerships, and standing by to use its financial muscle for more ownership of the medical cannabis industry when the time is right.

With that kind of financial muscle, if any of those businesses wanted to, they could steamroll the cannabis industry and take over medical cannabis operations around the globe. While industry insiders talk about that happening, so far the status of cannabis in the United States as a Schedule 1 substance is too much of a barrier to overcome. Pharmaceutical companies are under enough scrutiny without inviting more (2).

Those companies include Ciba-Geigy AG in Switzerland with 21 patents; Pfizer Products in the U.S. with 14; and Telefonaktiebolaget LM Ericsson in Sweden with 13.

Sandoz Canada, part of the global leader in generic pharmaceuticals based in Munich, Germany, was the first pharmaceutical in Canada to enter the medical cannabis field (4). Sandoz and Tilray have co-branded medical cannabis products, including three different doses of capsules and five different doses of ingestible oils with a combination of THC and CBD.

Merck Sharp and Dohme Corporation, the fourth largest pharmaceutical company in the world, has 11 cannabis-related patents, and recently announced a partnership to pursue collaborations with Intec Pharma Ltd., a clinical-stage biopharmaceutical company that has developed a propriety oral drug delivery system for delivery of CBD and THC in treating pain (5).

Data shows that the number of U.S. cannabis patent holders has nearly tripled in the last three years (6). It’s not just pharmaceutical companies. Patent holders include three U.S. universities, U.S. Health and Human Services, and the National Institutes of Health.

There are other reasons that more pharmaceutical companies are not getting into this space, including some of the usual (stigma) and some of the unusual (such as an unfamiliar IP protection pathway) (7). Phytocannabinoids, including the widely recognized THC and CBD, are known molecules and present unique commercialization challenges for branded pharmaceutical companies who are accustomed to competing in an IP-protected environment until loss of exclusivity.

In one of the classic ironies of cannabis history, major pharmaceutical companies were making, marketing and selling medical cannabis products for patients in the early part of the last century, including Squibb (now Bristol Meyers Squibb), Parke Davis and Eli Lily (8).

Even Merck and Johnson and Johnson made cannabis pharmaceuticals during a time when about 6% of all pre-1937 medicines contained cannabis (8). But that was before the cannabis prohibition era was ushered in by Harry Anslinger, the first commissioner of the U.S. Treasury Department’s Federal Bureau of Narcotics.

Many believe that it’s a good thing that the pharmacy industry is still, for the most part, sitting on the sidelines, watching the industry try to legitimize itself with their version of safe, tested products that give the patient repeatable doses and measurable effects.

So far, progress along those lines has been slow. Research is still more about what is happening in a petri dish, or how dogs are reacting in clinical trials, while anecdotal evidence about the wonders of cannabis as a medicine continues to pile up.

Legal cannabis available for researchers and clinical trials in the U.S. is limited, and still comes from just one source, the University of Mississippi, where it has been shown to be of low quality, sometimes frozen and stored for years rendering it more like cannabis dust.

The U.S. Drug Enforcement Administration (DEA) continues to drag its feet on allowing other legal grows. Letters to Attorney General William Barr from the American Psychological Association (9) and 30 members of Congress (10) are just two efforts this year to get the attention of the DEA to expedite research and allow more legal grows.

Will there be a mad scramble by Big Pharma to get a piece, or a whole chunk, of the medical cannabis business, if (and let’s keep saying it, when) cannabis gets legalized in the U.S., where the world knows that better and more comprehensive clinical trials with humans will eventually be focused? That’s just another unanswered question, with the followup: Standby for more.